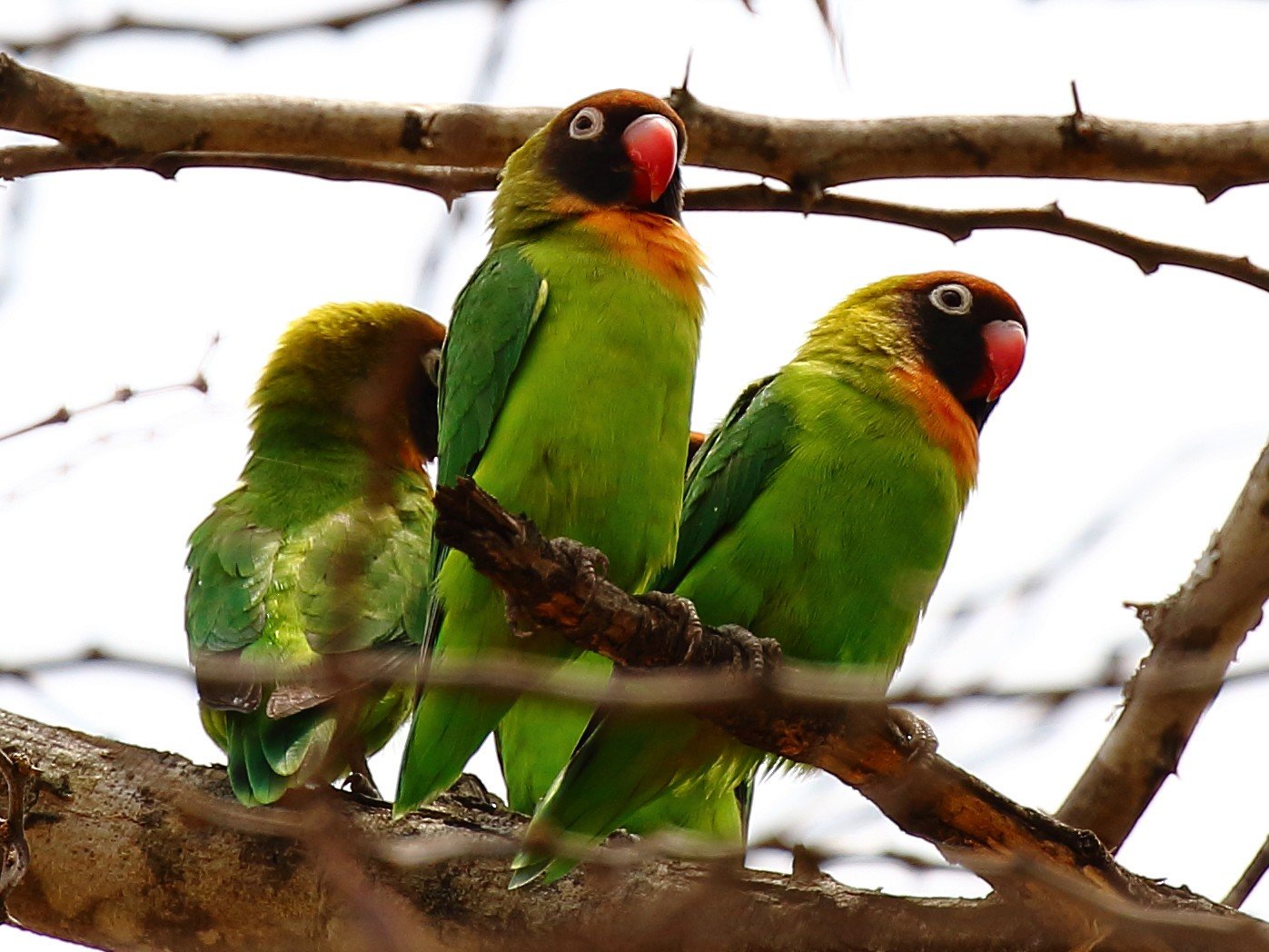 Learn the 9 species of lovebirds and their mutations.

The Peachfaced lovebird is the lovebird that is most commonly kept in captivity. They are easy birds to care for, and they breed easily. The Peachfaced lovebird comes from southwestern Africa and come in a wide variety of possible colors. They frequently have dark green bodies, a blue rump, and bright orange or red face.

Due to the fact that they are more difficult to breed, Abyssinian lovebirds are more expensive. Males have bright green plumage with a bright red forehead, while females are a duller green and lack the red markings. A small, short-tailed parrot that is mostly dark green. Males have a red patch above the bill and black underwings that are distinctive in flight. Found at middle elevations in the Abyssinian highlands, in savanna, woodland, and forest, usually in small flocks. Very similar to Red-headed Lovebird, but range overlap is minor, and Black-winged is separated by the facial pattern: a small red patch in males and no colorful patch in females.

The Madagascar love bird is a rare bird in captivity due both to export restrictions and the fact that they are difficult to breed. They are the smallest love bird, with dark green bodies and wings, but whiteish gray heads. The species is delicate and it is only recommended for experienced keepers. Dinky, short-tailed green parrot. Males have a gray head, while females are plain green. Found most commonly in dry forest at low elevation in the north and west of Madagascar. Occurs much less commonly in the east and center, and at higher elevations. Uses open forest, scrub, plantations, and other fairly open habitats. Call is a zesty “vhit,” often given in flight.

Fischer’s lovebirds have green bodies, golden yellow necks and dark orange heads. There is a patch of olive green feathers on the head and there may be some purple or blue feathers in the tail. They are a common bird in the pet trade, and they are known to be playful and energetic birds. Like the Peachfaced love bird, the Fischer’s love bird comes in a wide variety of colors.

The black-cheeked love bird comes from southwestern Zambia, and is the most endangered of all the African parrot species. It has a green body, an orange patch of feathers on the chest, and a black face. Due to the fact that they are endangered, most black-cheeked love birds are found in breeding programs, but it is still possible to find non-viable specimens as pets.

The red-faced love bird is not commonly kept as a pet. Males have a bright green body with a bright orange-red face, and black flight feathers. The females are colored similarly, but they are paler.A small, short-tailed parrot with a soft pink face and dark eyes. Native to southwestern Africa, but feral populations occur in Arizona and in Hawaii; a common pet species, and escapees may occur anywhere. Wild birds are leaf green with brilliant blue rumps, but escaped domestic types may be mostly blue or yellow. Inhabits dry forests and river valleys; present in cities in both natural and introduced range. Call is a shrill, high whistle.

The Nyasa love bird is also called the Lilian’s love bird, and it is a rare species that is difficult to breed. Because of this, there have not been any field studies or ecological studies done of the bird to date, and it is the least studied of all the love bird species. These beautiful lovebirds were discovered as early as 1864. At first it was thought that they are part of the roseicollis (peach face) family, but in 1894 Shelley classified them as separate specie. He named them after Lilian Slater, the sister of a well known famous ornithologist W.L. Slater. Lilianae are part of the genus Agapornis which consist of nine different species.

Black-masked lovebirds are commonly kept in captivity, and they are native to Tanzania. They are social birds that should be kept in communal aviaries. Naturally colored black-masked lovebirds have bright green bodies and a mostly black head, but breeding has produced both blue and yellow specimens.

Collared lovebird is a shy species, and they are not kept as pets. They are very delicate and need a specific species of fig as the basis of their daily diet. They have green bodies with a black half-collar at the nape of their neck. They have yellow-orange chests and blue and red markings on their rump. 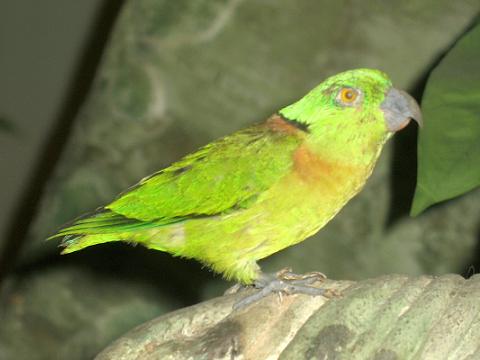 How to Bond with a Lovebird

Why Female Lovebirds Are Aggressive?